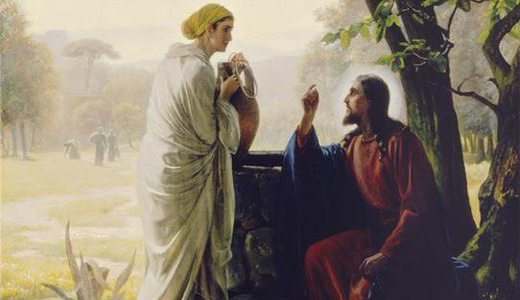 Not long ago my father talked to a prominent pastor who also leads a seminary. The seminary’s branding is all about having a shepherd’s heart, encouraging students to emulate the Good Shepherd, Jesus. Somehow my father and this pastor came to the topic of women in ministry and the theology that separates egalitarians and complementarians. Dad shared some of the struggles I’ve encountered being a woman in ministry. The pastor responded with, “I don’t mind when people have [egalitarian] views, I just don’t like it when they get angry about it.”

When my father relayed the conversation, I asked him to repeat it several times. A few days later, I questioned him for exact wording. I didn’t want to make assumptions or emotional responses based upon them. When it was clear that this was the pastor’s actual statement, I let myself feel fully the disappointment and frustration that I had been holding back.

One of the most difficult things about being a female pastor is the lack of compassion I see among Christian men, especially pastors. I’ve lost count of the times I’ve heard men give these responses to the topic of women in ministry:

“This isn’t a primary theological issue.”

“This isn’t a salvation issue.”

“I don’t know why they get emotional about it.”

“I just don’t like it when they get angry about it.”

These sentences are usually followed by one of two responses. The speakers either shrug, frown slightly and politely turn the conversation to a different subject or they begin quoting isolated verses from scripture and very pointedly ask, “Well, what do you do with this verse?” The tone that is used unmistakably implies that a female pastor’s vocation can be nullified by theology that hinges on a single sentence from 1 Corinthians or Timothy.

This post is not a theological foundation for women in ministry. Instead, this is a plea to influential men in the church, to elders and leaders and pastors who believe women are NOT called to ministry in the same way as men. Will you please take three minutes to read this post in its entirety?

My plea begins with a question. As shepherds of God’s flock — as called, gifted and appointed leaders of the church — do you believe that empathy should be a part of your leadership?

We all probably know or have served under excellent leaders. In my opinion, the best leaders are those who are quick to listen and slow to offer their own opinion. Excellent leaders never use their opinion or beliefs as a weapon against another person.

The pastors I admire the most are those who solicit the stories and experiences of people different from themselves. They earn my respect because their actions reflect that of the Good Shepherd. Jesus was a leader who ushered angry, frustrated, misunderstood and hurting people — even his enemies — not onto the stage for a debate or between the ropes of a boxing ring but to a table where they could share a meal. Sitting face to face, breaking bread and sharing wine and stories, Jesus had ample space and time to listen well. Across a table he could watch their faces, the theater of human emotions. The ministry of Jesus was fearless engagement, patient listening and compassionate conversation.

Return with me to the topic of women in ministry and consider a few more questions. To disregard, to show apathy, to minimize or to go on the verbal offensive when one (or many) of your flock holds a different theological viewpoint from your own — are these the actions of a good shepherd? Is this showing empathy like Jesus? Unfortunately, what I have encountered, first as a faithful church-goer and later as a woman in ministry, very often falls far short of Jesus’ example.

From childhood until age 26, every pastor I encountered was male. I grew up in a wide-spread evangelical denomination whose global missionary work is noted in church history books. I went to a non-denominational Christian college and a trans-denominational Christian graduate school, both evangelical and highly respected by people across the theological spectrum. I earned a B.A. in Biblical Studies and a Master of Divinity. In these programs men were the majority among both students and professors. I now serve in a denomination that has been ordaining women since the 1970s but the local churches rarely hire pastors from the large pool of licensed and ordained female candidates. All that to say, I know what I’m talking about. I have a testimony about women in ministry and my testimony is true. My story and experiences parallel those of so many evangelical women in ministry, so I invite you to read the following as a trustworthy generalization.

Since childhood, I have seen and heard of the great work God is doing through female missionaries the world over. They are giving voice to the oppressed, rescuing women and children from sexual slavery, planting and strengthening churches and preaching the gospel. But when these women come home on furlough, many of them are not called pastor by the churches that support them financially. They can “share their testimony” on Sunday morning but they are not permitted to “preach.” They may lead a church in Africa or Asia or South America where the gospel is spreading like only good news can, but many denominations would never allow them to do so in the United States.

During seminary I interned at a small church. The leadership of this church gave me complete freedom to develop and lead a ministry to our young adults, a demographic which made up 70% of our congregation. During my second year, I was joined by another female and two males interns. On our orientation day, the pastor announced secondary responsibilities for each of us. The male interns were expected to preach once a semester. We females were expected to oversee the hospitality ministry, which meant preparing coffee and cinnamon buns, passing out welcome bags on Sundays, and organizing monthly potlucks. I assure you that these responsibilities had nothing to do with the spiritual gifts of the four individuals.

“Women in ministry” is a hot topic in colleges, seminaries and churches around the country, in many denominations. We’ve labeled this a controversy, a debate or an issue but it is much more significant than these labels. It’s more significant because it concerns flesh and blood people, women who, like you, are created in the image of God. These women make up half the church.

I imagine that you believe that women have vital spiritual gifts, given by God. You probably even believe that women are your co-heralds and co-agents of God’s mercy, love, justice and peace on earth. Have you ever considered what would happen if you told all the women in your congregation that because of their gender, they cannot use their gifts (no matter the gift) in or for the church? What would happen to the spirit of your congregation? The vibrancy of your mission? Your ability to impact your community? Your numbers?

Have you ever had someone walk up to you and tell you are sinning because you, a man, have preached from the Word of God?

Have you ever considered what it would feel like to have people in a church whisper about you and the scandal you have created by asking to preach the good news to a congregation you know and love and have faithfully served? Have you ever been made to feel like a Jezebel when you asked to share the message of hope to the depressed, to pass real peace to the world-weary, and speak truth to the thirsty? I have.

Men, you are absolutely right when you say that women in ministry is not your issue. It is our issue. It is not exclusively a male issue or a female issue, it is a church issue. This is an important topic for all people of God because once we were all sinners. At the same moment and by the same blood men and women were cleansed and wholly forgiven of their sin. We were adopted by God and now we are a family. We are one body, the body of Christ, and as members of this body we are all fully redeemed and equally essential to carry out God’s mission on earth.

Brothers in ministry, when you fail to engage in this conversation or you only want to debate egalitarians into a rhetorical corner, you make us feel like opponents or enemies rather than siblings, friends or even welcomed strangers. Facing either dismissiveness or aggressiveness, why should people be surprised when we get defensive or emotional in response?

When men say they don’t understand why we get emotional about this “issue” or don’t like it when we get angry, they shame us for our emotions. (This may not be the intention, but it is the effect.) But aren’t we all — women and men — emotional beings, created as such by God?

A wise man taught me that emotions are the windows of the soul. As a counselor I’ve learned that heightened emotions like anger and tears are flags that mark deeper fields to be mined. That is why I was discouraged and frustrated by the response of the prominent pastor from my initial story. Here again is another man who, though he is called pastor and respected as the shepherd of thousands of believers, fails to realize that his way of leading causes pain to so many.

I promise you brothers, that if you ask an angry or otherwise emotional woman about her emotions, if you patiently and gently dig a little deeper, you’ll inevitably unearth red-hot pain. For women in the church, pain is the natural result of being told or shown a hundred different ways since childhood that you are untrustworthy because you are female. Anger is an understandable and justified emotional response to being treated like the second-class saved.

The second-class saved. That is who we feel like when you affirm our gifts and our important role in the church and with the same mouth you say that because we are women we cannot preach, teach men or be pastors. It hurts. It’s confusing and contradictory. Theology which restricts women from any pro-gospel actions and the force with which you defend such theology sends a strong message that women are not really fully redeemed. There are few messages that are as painful to receive as this one.

Brothers, you may never believe what I believe about the calling of women to lead the church. You may never verbally affirm the excellent leadership of women in your congregation but will you listen to us?

Will you try to comprehend that your theology, how you present your theology and how you lead your church may cause pain to women in your congregation?

Will you consider life and theology from a perspective not your own?

Will you take the time to imagine what it is like to receive the gospel as one of the persecuted or oppressed rather than the privileged?

Will you sit at tables with us and ask us to share our stories?

Will you shepherd as Jesus did, with empathy?

2 thoughts on “Seeking the Shepherd’s Heart: A Call for Empathy to Men in Ministry”