I’m an avid fiction reader. Spending 2-3 hours reading in the evening is both how I unwind and how I engage my imagination. Well-written stories are alive and vibrant. They have that same crackle of energy as actors spitting their lines across a stage, aiming at the hearts of their audience. Through story I am quickly transported to new or hidden places. I encounter ideas and people very different from me. Reaching ‘The End’ of a good story is not an end or an exit at all. It is an invitation, a continued path into a potentially bountiful garden of reflection.

Lately however, I’ve found myself growing a bit bored or restless with fiction. Maybe it’s the turbulent American political climate of the past year that’s left this gnawing feeling in my gut. Or perhaps it’s the unpredictable and startling challenges of ministry that’s heaped me with questions and concerns that stories cannot easily answer. Something is making me crave a different kind of engagement, a new way to be soothed and assured that things will turn out better than I see them now.

As a way to address this new restlessness, I’ve compiled a summer reading list that’s quite different to those of innocent and lazy summers past. I’ll lay them out for you and then tell you why I’m drawn to them. 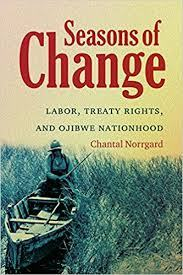 My first two picks are Ojibway Heritage by Basil Johnston and Seasons of Change: Labor, Treaty Rights, and Ojibwe Nationhood by Chantal Norrgard. The first book is a compilation of Ojibway ceremonies, rituals, songs, prayers, and stories. The second book zeroes in on the particular era in Ojibwe history when native culture was jarringly sifted by colonialism.

My father is an enrolled member of the Ojibwe or Chippewa Tribe, the largest tribe in the state of Minnesota. Dad has always been a storyteller, often sharing bedtime stories borrowing native names and themes, but he grew up outside of the reservation in a thoroughly white culture and was mostly disconnected from Chippewa culture. Still, dad’s stories always made me curious about this strand of my heritage. I grew up in white, suburban Ohio. I am not Chippewa the same way as someone who grew up on the White Earth Reservation in rural Minnesota. But if we go back just a few generations, our stories would co-mingle on the shores of the same lakes. My childlike curiosity over native bedtime stories has grown into something more serious as an adult.

Soon there may be a day that someone with even my diluted native blood will be an official member of the Chippewa Tribe. I’ve been wondering what that will mean. Will I enroll if given the opportunity? Would I contribute to any more loss for our native people if I did so? What responsibilities would I take up if I did enroll? Questions like these are not quickly or easily answered from northern California, but they continue to rattle around in my head.

At the very least, I’m committed to following my curiosity into better understanding. A few years ago I read my first book on Chippewa history, written by a professor who is Chippewa. Eye-opening is a trivial descriptor of that read. I learned much about the history of the Chippewa people both before and after the arrival of European settlers. I was intrigued by the Chippewa understanding of tribal sovereignty, and found their way of relating to the land both unique and refreshing. I encountered stories of injustices brought by a young American government and by people bent on “progress” and “civilization.”

So now, I take up Ojibway Heritage to engage Chippewa culture from afar, and Seasons of Change to know more about the most troubling and painful years of Chippewa history. Will I find more of the same pain and outrage? What will capture my attention here? What new questions or convictions will be produced from these books? I’ll have to wait and see. 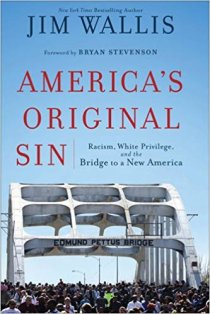 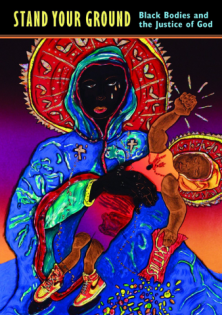 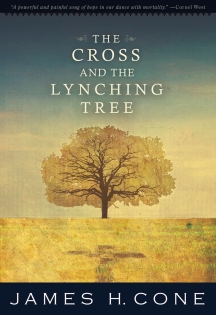 I recently took part in a racial unity group at my church. I wasn’t there to lead the group as a staff member, but to be a participant and fellow learner. We read Christena Cleveland’s Disunity in Christ, which was a rich springboard for both our group discussions and my personal reflection.

My experience with our racial unity group combined with the current racial unrest in America spurs me on to more. I want to learn more about what is behind the unrest, the injustices, and the inequalities I see. I want to seek out and listen to the wisdom of people who’ve experienced these inequalities and injustices, especially those who have not been destroyed by them, and have something constructive, even prophetic, to say to us today.

I’m disturbed by what I see going on in my country and sometimes in my own community. If I am truly one of God’s agents on earth, meant to be a servant of the Prince of Peace, one who carries the power of God’s Spirit within me, then how might I respond to the turmoil around me? What truths do I need to face or confront in myself? How should these truths change the way I live and minister? How might I as a (mostly) white woman, a person of privilege, be a peacemaker in our land, in my church, and in my family?

These questions lead me to three books: America’s Original Sin: Racism, White Privilege, and the Bridge to a New America by Jim Wallis, Stand Your Ground: Black Bodies and the Justice of God by Kelly Brown Douglas, and The Cross and the Lynching Tree by James H. Cone. All were highly recommended to me by friends who are farther along this quest than me.

That’s it. Just five books. Were I reading fiction, I could tackle 20 or more books in a summer. But this summer I’m giving myself lots of time to read slowly and to reread when needed. I’m building in margins to put a book aside for both internal wrestling-matches and restful prayer times. I guess beyond the restlessness I feel, I’ve also been feeling a bit stagnant. I’m hoping these reads will shape me into a more informed, compassionate, and mobilized disciple and leader.

3 thoughts on “The Strange and Hopeful Summer Reading List”