December is to pastors what April is to CPAs.

This month begins the triple crown of holy celebrations: Christmas, Easter, and Pentecost. Christmas is our Kentucky Derby, but without the garish hats.

It takes  months to plan and prepare – not just events but hearts – to receive the spiritual feast that is Christmas. This work gets piled atop our regular work. Pastoral care and counseling skyrocket as the holidays trigger grief, pain, loneliness, and disappointment for so many. And like you, pastors navigate the extra expectations that come to family life this month.

Chances are that your pastor’s inner life is a mess of scattered thoughts and mixed feelings right now. She or he is pushing (or crawling) toward December 25th fueled by stubbornness, waning hope, and the Holy Spirit. Unfortunately, many pastors are too busy or drained to partake in the spiritual feast of Christmas themselves.

If you want help your pastor thrive this month, here are some practical ways you can dole out blessing.

I’ve suggested 12 ways to bless your pastor this month, but I’m sure there are many more. Have fun exploring ways to bless!

P.S. – This post is not a hint to any of my congregants. I am well cared for and thank you for your wonderful, consistent support. 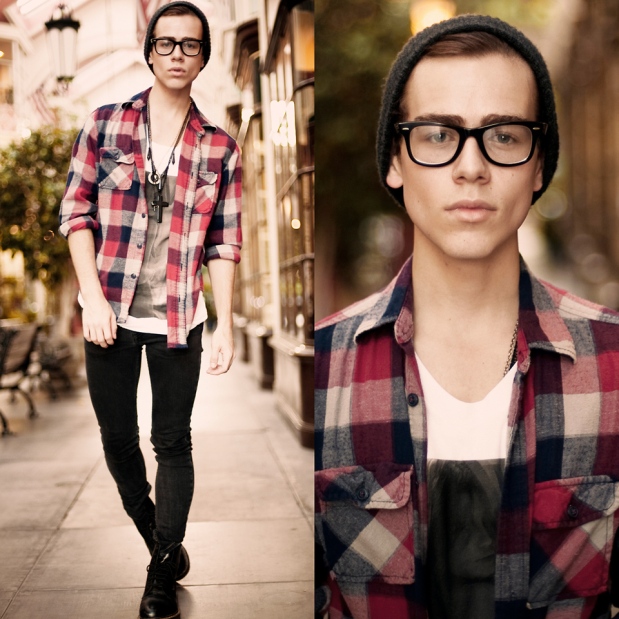 Several of my Facebook friends have been sharing a graphic called the beards of ministry. Take a look. It’s pretty funny and full of caricatures that are often true in the church.

I remember looking forward to seminary and to ministering in a church. I had such high hopes for learning, for being challenged intellectually and spiritually. I really wanted to see new fruit in the church and in my life. I never expected to witness the birth of the hipster movement.

(Skinny jeans weren’t trendy in the early 2000s, but I could have gone to seminary with this guy!)

At seminary, I was surprised to find men (so many men) wearing corduroy pants, flannel button-downs over graphic t-shirts, and wool hats. Granted, I went to grad school in the pacific northwest, but the weather is not so cold that you must wear this outfit ten months of the year.

At my seminary, the professors often used the verb grapple to describe the Christian life. We were grappling with this arduous spiritual and intellectual journey of following Jesus and being a part of his church. Seminary certainly challenged and stretched me, but the only thing I grappled with was the sight of my fellow students toting sleek Mac laptops in trendy shoulder cases while wearing faded Converse sneakers with holes in the toe.

I knew there would be a plethora of men at seminary, but I didn’t expect to have so much trouble remembering their names. I kid you not — in every class there would be at least five guys named David or Daniel; two guys named after the patriarchs (though Abraham was rare); a Paul and a John or Jonathan; and at least one guy named for a minor prophet. Other than a Jewish synagogue, a Christian seminary is just about the only place you’ll hear a guy introduce himself saying, “Hi, I’m Ezra” and then hear the other guy say, “So am I.”

And yes, the facial hair phenomenon was as real for seminarians as it is for pastors. There were so many strange, but clearly intentional, patches of facial hair. My theory is that creative facial grooming draws the eye away from an exposed scalp. Here is the question I will ask the Lord when I meet him in heaven — why are so many seminarians prematurely balding?

Really, this scalpular creativity is nothing new. My brothers in Christ are carrying on a long-standing tradition among religious men. Soul-patches are just the modern day tonsure.

Clearly, that graphic about pastoral beards got me laughing about all of the stereotypes I’ve seen in the flesh. But it also got me thinking about the things that I experience as a female pastor in a faith tradition where pastors are mostly men.

For instance, take the robe.

I’m not from a tradition where pastors preach in robes, but

recently I was asked to wear one for a wedding I’ll be officiating. The only robes I’ve ever worn were rentals definitely made for the male body, though advertised as unisex. There was no room for hips.

The sleeves on these robes are poofy and voluminous – you could fit a small child through their opening. So I had a pastoral dilemma of needing a robe, but as a woman I also had a style dilemma; I did not want to drape myself in a manish, gospel choir inspired robe.

Thank goodness I found this flattering and feminine robe courtesy of the staff at Women Spirit.

Clothing and hair are also an issue for the female pastor, especially when preaching. Most churches either supply mics that clip on your shirt like this…

or one that hooks around your ear like this…

As a woman, I have issues with all of these options. First, when preaching, I do not wear button down shirts as a rule. This eliminates the risk of unfortunate gapage during Spirit-filled hand gestures.

Second, I’m not in the habit of wearing a tie or a stole to which I can conveniently clip a mic. I won’t be wearing a tie. Ever.

Third, those over-the-ear mics can be a problem for those of us with small ears or long hair. Every time I preach, our sound technician bends the earpiece like Gumby’s legs, desperately trying to fit it to my ear. He always ends up taping the thing to my cheek and the cord to my neck. When I wear my hair down, he instructs me to avoid moving my head so my hair won’t brush the mic and cause crackling.

You try preaching two half-hour sermons without moving your head. Especially when there is tape on your face.

Also, I’d like you to try preaching from a pulpit designed for the average man. I’m four inches taller than the average woman so this is less of a problem for me, but many of my female counterparts are preaching at pulpits much too tall for them. The flat surface for notes is closer to their necks than their waists. Natural hand gestures get lost behind the pulpit and the preacher sometimes looks like a disembodied head.

I don’t spend much time thinking about leaving a legacy in ministry. I hope to be known as a pastor who clearly and joyfully preached the good news of the kingdom of God. But I have this funny feeling I’ll be remembered for something insignificant, like being the pastor who invented the first height-adjustable pulpit. I guess there are worse things to be known for… 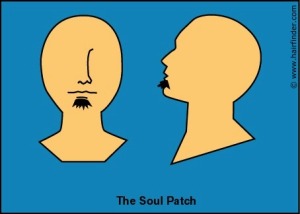